Last year, I was inspired by Rachel Wilkerson’s verb resolutions and chose to find one for myself. I picked “decide” as my verb of choice, vowing to make definite decisions throughout 2012.

I have to be honest: about five months in, I had already forgotten about my verb of 2012. But I still think it propelled me, even if I didn’t realize it at the time. My goal was to work on making smaller decisions (like where to eat lunch) so the big decisions would come more naturally. I still haven’t nailed the little stuff, but I have certainly learned to make my own big decisions.

Probably my biggest decision of the year came in July (though the decision happened sooner than that) when Josh and I decided to move in together. I got both positive and negative responses to my decision, but I was proud because it was MY decision (and Josh’s, of course–I can’t force him to live with me). And it was a pretty awesome decision.

This year, the holiday season was a huge moment of truth to prove whether I had actually learned to make decisions. Quite honestly, I’m a lot more broke this year than I have ever been (hello, recent grad life) and am trying to become more financially independent from my parents (which actually can make a kid more broke–go figure), so now I’m having to budget my money (something I’ve always kind of faked and somehow made it work). 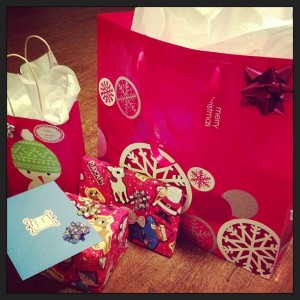 Part of budgeting this holiday season was reducing gifts. I had to drop people from my gift list, decrease the amount I spent on each person and completely drop the idea of creating stockings for anyone. I love Christmas and I love gift-giving, so the gift-related decisions I had to make this holiday season were tough–and, quite honestly, making those decisions sucked. But those tough decisions proved that, yes, I can make a solid decision, even if I don’t like it. 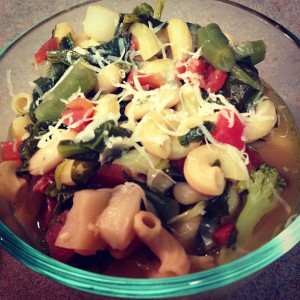 My decision-making skills have even improved my stress levels because Josh and I now plan weekly meals.  (I totally recommend this, by the way.)

Though my verb of 2012 still can use a little work, I think 2012 was pretty darn successful. And now, with a new year comes a chance to push myself a little more.

This year, I’ve chosen “dedicate” as the word to propel me through 2013.

So often, I’ll start something–a DIY project, a piece of writing, an exercise routine, or even reading a book–and just leave it unfinished. This year, I’m going to push myself to dedicate to the things I start. Some specifics I have in mind are:

I still have some other ideas floating in my head, but I certainly don’t want to overwhelm myself with to-do lists and specific resolutions. After all, the verb is about so much more than that. So here’s to dedicating in 2013.

Do you make resolutions? If so, what are they this year?