I almost forgot my 22nd birthday 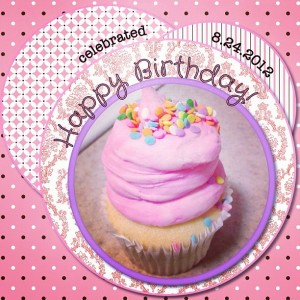 I’ve been 22 for a month and three days now. But I feel like my birthday was just this weekend. Probably because that’s when I celebrated.

I’ll back up a little.

My birthday was July 26. It really didn’t feel all that special at first. I had planned an outing for my friends and me, but it didn’t turn out as planned. Most of the people I invited couldn’t make it. I had three RSVPs (besides the people living under the same roof as me).

Thanks to the move, most of us couldn’t afford to go out like we planned. So we stayed at the apartment instead. We decided a few drinks and some Guitar Hero could be as much fun, if not more, than going out. It would have totally worked if I hadn’t been so used to going to bed before 10 p.m. I was too exhausted to have fun before midnight even rolled around. We spent a good portion of the night complaining about how old we felt (and the oldest of us was only 23!).

I will say, however, my sister saved the party with her awesome dirt cake! (Side note: my sister always knows how to make my birthday special. Last year, she made a margarita sheet cake from scratch; it took her two tries to get it just the way she wanted.) She put the dirt cake in this adorable bucket that I could wash out and reuse once the cake was all eaten.

Anyway, so the party ended and I still had nearly a week until my birthday. I was so busy trying to move, that in the few days before my birthday my best friend actually had to remind me about my birthday (not even kidding). I honestly thought the card she was giving me had to do with moving or something. I guess I was a little loopy that week.

Since none of us really had the chance to celebrate before, my dad wanted to have a little belated celebration with my sister and me. Last weekend was the earliest opportunity.

He bought a dozen cupcakes from Gigi’s Cupcakes, and was sure to pick out a Birthday Surprise for me. 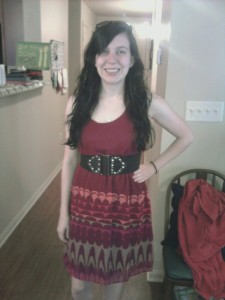 As my gift from him and my step mom, my dad took me shopping for some clothes I can wear to work. He also took my sister and me to dinner at one of my favorite restaurants, Carrabba’s. All in all, it was a nice weekend.

Of course, I can’t go without mentioning that my mom wanted my birthday to feel special too. She got me a Garmin, since I’ve been having tons of problems with my nearly-four-year-old TomTom.

I’ll admit I was a little bummed about turning 22. Let’s be honest here, there isn’t anything particularly special about that age. But it turned out to be not so bad. At least I can say I’ve gone another year without crying about growing up (we can pretend I haven’t come close, right?).